A complete review of S23 SARM: Benefits, dosage and results 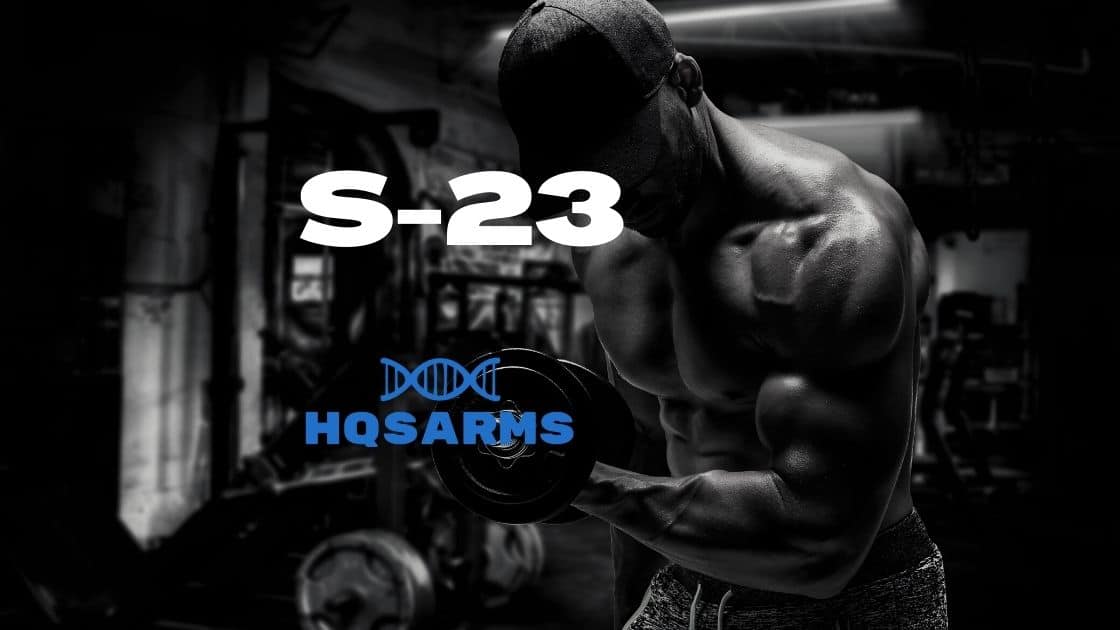 S23 is a SARM (Selective Androgen Receptor Modulator). With the exception of LGD-4033, it is the only SARM that is a full agonist of the androgen receptor. S23 is also the SARM with the highest bioavailability: 96%, which is on par with LGD-4033.

However, it is important to point out that S23 has never been tested on humans. In fact, it is not approved for human use and it is banned by WADA for use in professional sports.

This has not prevented that this SARM has gained a lot of popularity among bodybuilders and athletes.

SARMs selectively bind to the androgen receptors in the muscles and bones, meanwhile having limited effects on the prostate and other tissue.

Cell studies show that S23 binds very strongely to the androgen receptors, making it one of the most potent SARMs currently available.

This SARM has attracted strong interest for its potential to be used as male birth control. In rats, S23 led to infertility in 100% of the cases. The triggered infertility was temporary and could be completely reversed after stopping the drug.

S23 provides several advantages that make it a sought-after product. Because of how new it is, it’s vital to mention the lack of results of clinical trials on humans. No long-term studies of S23 have been completed, so all the evidence we have is anecdotal evidence from bodybuilders.

Here are the benefits that they report. Keep in mind that results may vary depending on your diet and training regimen.

Anyone who’s ever tried to put on muscle knows that bulking also means increased levels of body fat. Every bodybuilder’s dream is to build lean muscle more effectively while at the same time reducing fat mass, and S23 appears to have the ability to do just that.

Users report increased endurance, speed, and stamina, which is consistent with the results in lab rats that saw up to a 50 percent increase in stamina and power growth. Some men also claim that S23 helps them to last longer in bed, too.

Another benefit of taking S-23 is the fact that it helps with fat loss as well as fat oxidization.

In fact, a study that was done on rats showed that giving them S-23 reduced the rats’ body fat percentage while increasing bone mineral density and lean muscle mass. The study also shows that taking S-23 in high dosages increases its fat-burning properties significantly, which leads to a massive decrease in body fat.

S23 also has a powerful benefit of increasing your strength. The strength gains will also be insane and comparable to the ones you would get on a normal steroid cycle.

People who use S23 report incredible strength gains. They get stronger week after week and are easily able to frequently break their PRs (personal records). According to them, it is not uncommon that they get over 50lbs on their major lifts, bench press, deadlift and squat, over the cycle.

Researchers are putting in considerable effort to develop the “male pill”, seeking a substance that would be both safe and effective. S23 shows promise as a contraceptive for men because it can suppress hormones (FSH and LH) that are important for sperm production.

When S23 was given to male rats, it caused extremely low sperm counts, which resulted in a 100% infertility rate. After halting S23, sperm counts returned to normal. As a result, rats resumed mating with 100% pregnancy rates. Importantly, this highlights that the contraceptive effects of S23 are temporary.

S23 is a highly anabolic SARM, but it does have some real side effects that you should know of. The side effects of this SARM are comparable to those of anabolic steroids.

Out of all the SARMs on the market, S23 is probably the one that’s closest to conventional steroids. Its formula is so potent that it has different side effects than other SARMs, and one of those is testosterone shutdown.

Testosterone levels return to normal once you’ve finished the S23 cycle, but there are no long-term studies that show what the effects of extended S23 use are.

Because S23 SARM has not been through clinical trials, it is difficult to determine the correct dosage. Based on anecdotal evidence, the most common dose for this SARM seems to be 20 mg per day.

The active half-life of S23 appears to be around 12 hours. For this reason, most bodybuilders who use this stuff, split their dose and take it 2 times a day.

A lot of bodybuilders stack S23 with other SARMs such as LGD-4033 (Ligandrol), MK-677 or GW-501516. Because S-23 helps to lose fat, it is a populair choice for cutting. But it is also used for increasing lean muscle mass during a bulking or recomp cycle.

You can buy S23 and other liquid SARMS at HQSARMS.

S23 is an orally active SARM, which means that you can simply ingest the liquid.

This SARM is often stacked with other compounds, such as MK-677 and LGD-4033. You can find an effective SARM stack for strength here: SARM strength stack 8 weeks (LGD-4033, S-23)