Why and if RAD 140 (Testolone) is the strongest SARM 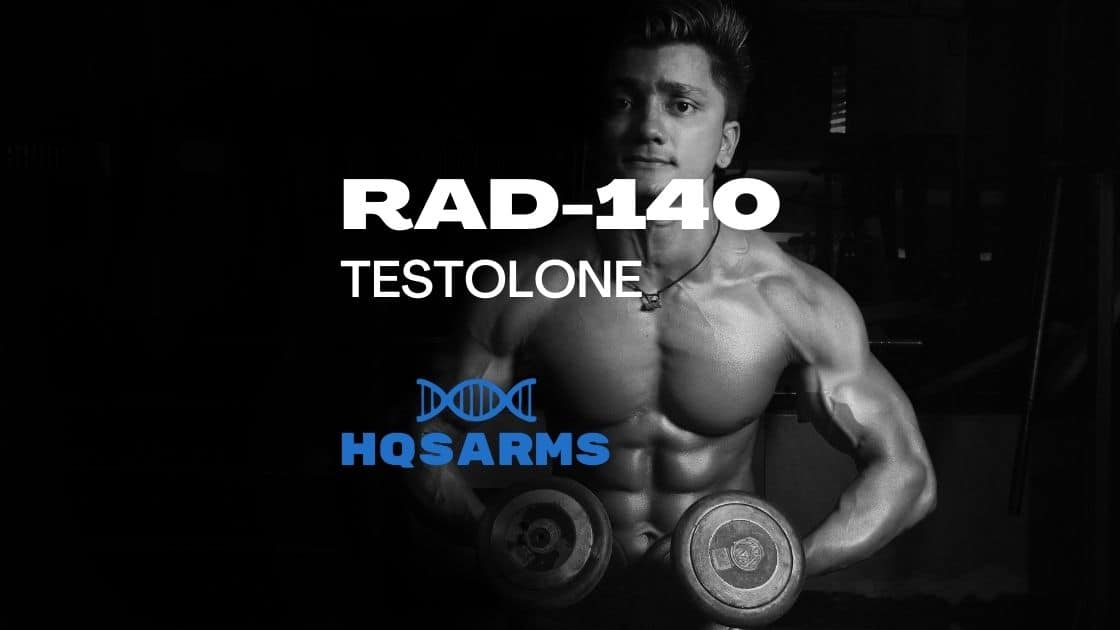 RAD 140 (Testolone) is a SARM (Selective Androgen Receptor Modulator). Just like other SARMS, it works by binding to the androgen receptors in selective tissue, specifically in skeletal muscles. As a result, it can produce many of the same benefits as androgenic anabolic steroids (AAS).

RAD 140 was first developed in 2011, originally as a possible treatment for muscle wasting and breast cancer. Because research shows that this SARM has possible neuro-protective properties, there is ongoing research about the role it could possible play with Alzheimer’s disease.

Since Testolone is one of the newer SARMs, it isn’t as well-researched as LGD-4033 or MK-2866. The first human trial of RAD-140 has been conducted and was finished just recently.

Based on the available clinical research we know that Testolone is more potent than most other SARMs. It is without a doubt the strongest SARM around when it comes to building muscle mass and strength in a short amount of time. But because it has stronger androgenic activity, it also causes more suppression.

RAD 140 is one of the newer SARMs, and therefore it has been less extensively researched. In fact, the first human trial on RAD 140 has been conducted only recently.

But this hasn’t stopped it from gaining a massive amount of popularity among bodybuilders and athletes. The reason for this is simple: It is highly effective at building mass.

Benefits and results of RAD-140

RAD140 is used a lot among bodybuilders and athletes, because it provides a number of great benefits. It is a very powerful SARM and some of the benefits of Testolone include:

By targeting the androgen receptors in skeleton muscles, Testolone has the ability to increase muscle mass as well as strength without affecting the prostate or raising blood pressure. Since it does not aromatize or convert to DHT, it doesn’t come with the common negative side effects associated with androgenic anabolic steroids.

This benefit is what RAD140 is infamous for. The strength gains are incredible, probably one of the best among all SARMs.

Increased strength is one of the most important benefits for many users.

Muscle wasting is common in a lot of medical conditions. The loss of muscle mass is also a normal part of aging. A caloric deficit will also lead to the loss of muscle mass. RAD-140 has strong anti-catabolic properties which means that it can actively prevent muscle wasting. This makes RAD140 a popular SARM among bodybuilders, both for bulking as well as cutting cycles.

Most SARMs have the ability to increase bone density and prevent bone turnover. Scientific studies show that RAD 140 is no exception. Testolone will improve the mineral density of your bones. As a result, it will increase bone strength and helps to minimize or even reverse bone loss.

The loss of bone strength is very common in elderly men and women and may result in osteoporosis. 1 in 2 women and 1 in 5 men over the age of 50 will break (fracture) a bone as a result of osteoporosis. SARMs such as RAD-140 could possibly prove to be a solution for this problem.

Many users report that Testolone is highly effective in enhancing endurance and stamina. As a result, bodybuilders and athletes are able to work out longer and harder. According to user reports, the capability to enhance endurance and stamina is one of the major benefits of this popular SARM.

The side effects of RAD are limited when compared with steroids. But this does not mean that they are non-existing. In summary, the most common side effects are consistent with higher testosterone levels:

RAD-140 is widely considered as the most suppressive SARM. This is mostly true, as long as we don’t include YK-11 for reasons explained in our article: YK-11 is more than just a SARM

This means that natural testosterone levels will drop during a cycle. Although not to the same degree as anabolic steroids, but still something to be aware of.

Although testosterone levels will usually recover in a short amount of time, it is a good idea that have some form of PCT (Post Cycle Therapy) available..

RAD-140 and LGD-4033 are some of the strongest SARMs on the market. They are both effective in building muscle fiber and increasing strength.

RAD-140 can be stacked with any SARM. Which SARMs stack the best is, depends on the desired goal. One of the most effective stacks for building muscle mass, is a combination with LGD-4033 (Ligandrol).

RAD140 works similarly to the way that steroids work. The difference is that it is selective and only binds to the androgen receptors in specific tissue. As a result, it causes a lot less side effects than steroids.

Testolone is currently legal to buy in every country except Australia, where is a scheduled substance that is illegal even with a doctor’s prescription.

Testolone is active in dosages as low as 1 mg. A common dosage for RAD lies between 5 mg and 20 mg per day, with 10 mg being the sweet spot.

The half-life of RAD140 is over 60 hours according to the first human trial that finished in 2020.